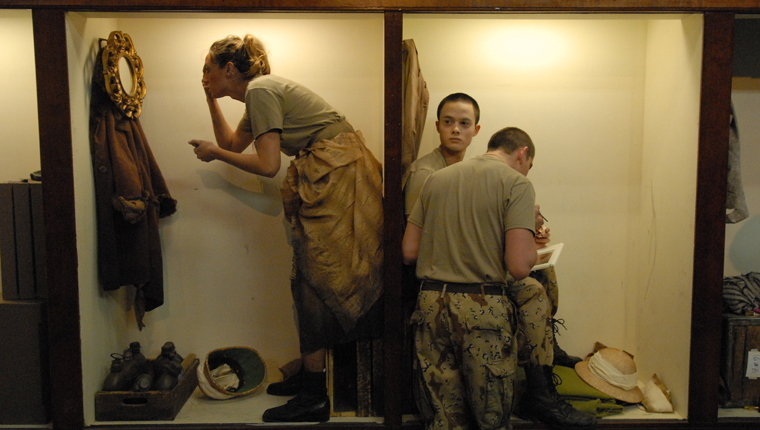 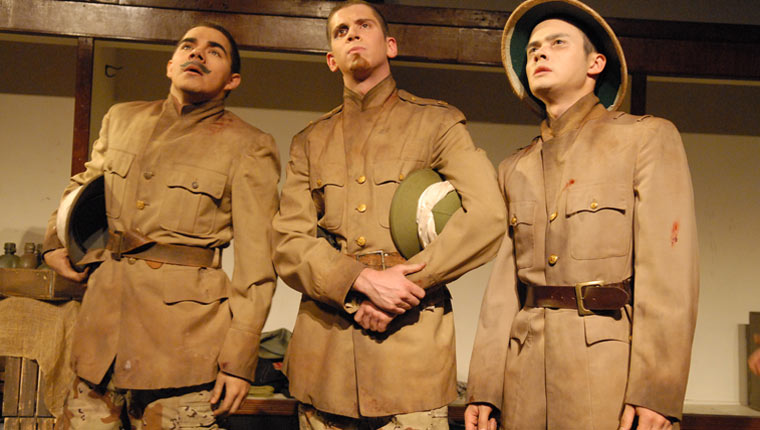 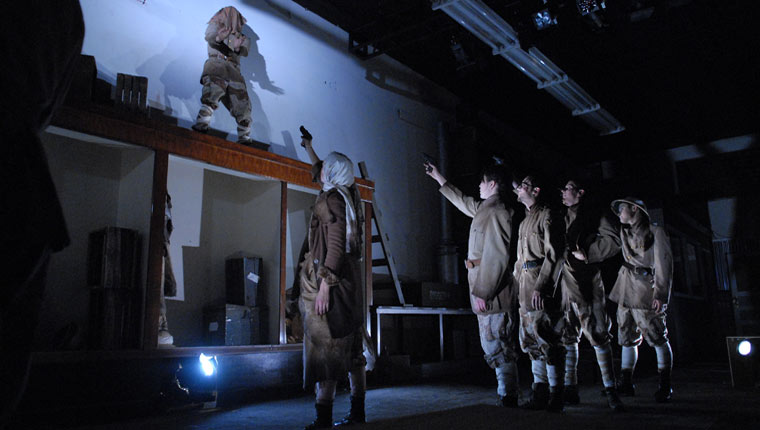 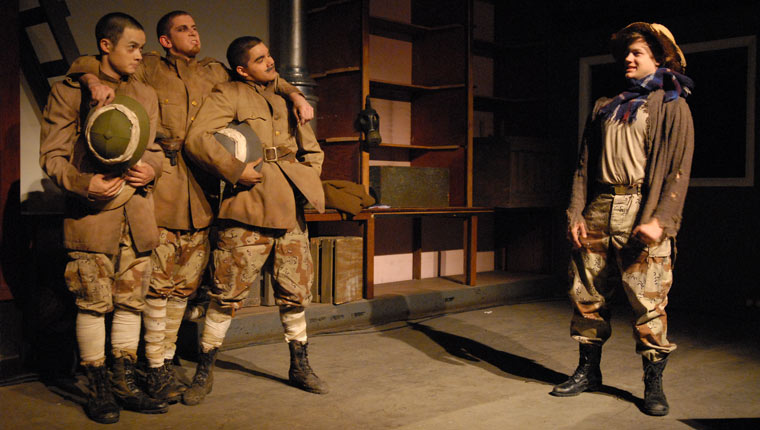 Audiences were bussed from CMU to an empty Uptown clothing store, soon to be demolished for the new hockey stadium. A cast of nine climbed the old-school cabinets and rolling ladders; the playing space was essentially vertical. New satirical songs by Kooman and Dimond helped bring the grimly funny story into the present.

“This is very much Amshoff’s adaptation of Bertolt Brecht’s 1926 play. She names her actors Her Majesty’s Imperial Army Theatre Corp and frames the play as a recruiting exercise to convince us, the feckless audience, that we might as well enlist in the interest of adventure, security and a chance to bash people about for god and country… This very neatly blurs the time in which the play is set, which of course Brecht himself did with great glee… At its most farcical and inventive, it’s a lot of fun, using the environment well.”
- Christopher Rawson, Pittsburgh Post-Gazette, 10 November, 2006. Full story here.